Is The Enneagram A Map Or A Theory?

Some people describe the Enneagram types as a map. Others describe them as a theory. Some people seem to use the two words interchangeably. There's a distinction here that I think is worth noting. 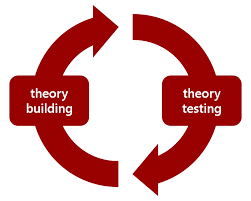 A map helps you find your way around the terrain being described. A theory offers a premise or hypothesis for how something works. You use a map to explore what's being described. You use a theory to make sense of your observations. A map's usefulness comes from its accuracy. A theory's usefulness comes from its ability to predict. A map is corrected to become more accurate as it's explored. A theory is proven by finding more supporting evidence.

Personally, I use the Enneagram types as a map. I explore the experience of the types being described. It's not always accurate and lacks detail in certain areas, but it's the best map I've found. Over time I've made corrections to the map as I've discovered them and eventually created my own map that I find more representative of what I've found. In other words, for me the Enneagram types are a good starting point to begin exploring what the types attempt to describe. I find it helps to remember two things when first using the Enneagram types as a map: it's a primitive map and it doesn't have all the details.

Imagine a map from the 16th century that describes the coastline of what's to become the United States. Some of it is accurate. Some is not. But, it's the best map you have available to begin exploring the coastline. You make corrections to the map as you explore the coast and you may eventually just draw up a new map incorporating those corrections. This is what I mean about having a primitive map as a starting point. 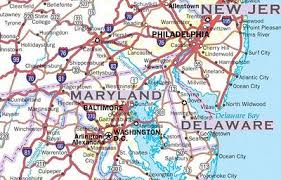 Suppose you want to visit a friend in another city in another state and you want to drive there. Imagine a time past when there were no smart phones or Internet and you had to use a paper-based map. All you have is a road map of the United States with only the major highways. You see on the map that there's a highway that takes you from your city to your friend's city. You make the drive and you're in your friend's city. Now what? You still need to get to your friends house but you don't have a detailed map of the city streets. You either find another map, if you can, that has the details you need or you find someone familiar with the city to point you in the right direction. The Enneagram types are like this highway map in a way. It gets you to the general area but then you have to discover the details on your own or with the help of someone familiar with them.

What I feel I'm doing as I write these books on the Enneagram types is helping people use that map by compensating for the inaccuracies and describing the details I've discovered from exploring the map myself. Someday I hope to not only interpret the old map but share some new maps as well.

Are the Enneagram personality types accurate?
Enneagram labels are only approximations
You are all nine Enneagram types yet only one